Tangled Trivia now offers users to earn by taking Polls! We will be adding more polls throughout the days and weeks ahead :)
List Poll Trivia Quiz
0
Please log in or register to do it.

The history of modern animation begins in the 1830s with the phenakistoscope, which created the illusion of movement with images on a spinning cardboard disk. As of today, there are no statistics indicating how many animated cartoons have been produced since this is an almost impossible task to calculate.

There are major studios such as Walt Disney and Warner Bros that produce them, as well as individuals with computers at home. The truth is that no matter how popular some of them may be, there are still some unbelievable things you can learn behind the scenes that become more and more controversial as you dig deeper.

Popeye Muttered Because He was Animated Prior to Being Voiced 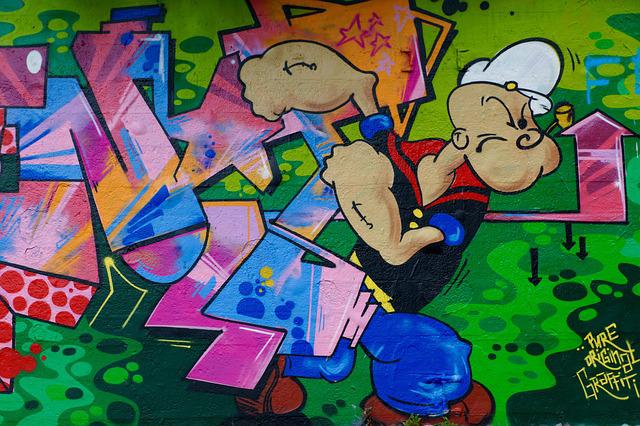 If you watch some old Popeye cartoons from the 1930s, you will notice a curious phenomenon. The dialogue in the show often seems unrelated to the action; the characters’ mouths are not moving and their words are mumbled. It was not an accident; it was intended to compensate for how the show was animated. Popeye was drawn and animated before his voices were recorded. Therefore, voice actors had to adapt their dialogue to what they were given, whether it worked or not. Therefore, Popeye and Bluto constantly mutter under their breath because the cartoon was never animated with the intention of the characters speaking at all during those moments. Jack Mercer improvised the close-lipped mutterings for entertainment purposes.
#2

Hanna-Barbera Cartoons Wore Collars to Make Them Easier to Animate

Animation is not an easy task and it was much more difficult in the past. In order to assemble a hand-drawn cartoon, it was necessary to assemble literally thousands and thousands of images, each slightly different from the one before it in sequence. Imagine drawing Mickey Mouse walking up a flight of stairs 1000 times in a row, with his legs moving higher with each drawing. Animators learned to cut corners in order to save time and effort. One of these was evident in early Hanna-Barbera cartoons, in which it seemed that every single character wore a collar and tie. When Yogi Bear wore a tie, his body remained static and only his head needed to be animated. This resulted from the reduced budgets cartoonists faced when working on television. A cartoon could be produced using as few as 2,000 drawings instead of the usual 14,000.
#3 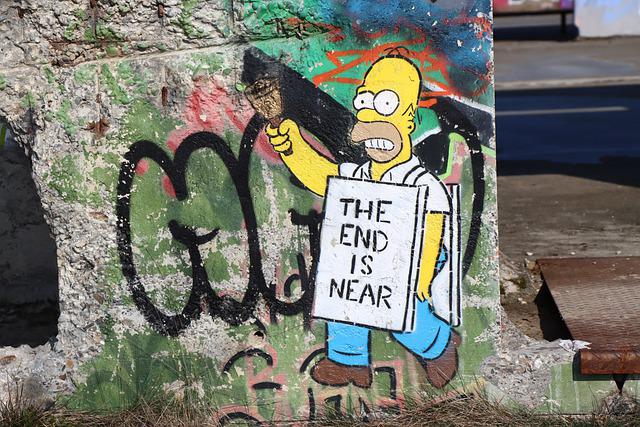 On The Simpsons, a character often speaks to God, and you may have noticed that God has five fingers, while everyone else in the world has four. Additionally, you may have noticed that most cartoon characters have four fingers rather than five. Though it is not an issue today, thanks to computers, making a fifth finger was difficult in the days of hand-drawn animation. It also threw off the geometry of figures that were based primarily on a series of circles.  A character like Mickey Mouse would look odd with extra fingers and would be harder to draw. In addition, since many of the early characters were not human, they did not require five fingers. Furthermore, animating a fifth finger actually costs more money since it requires more time and effort. The savings associated with the use of four fingers were estimated by Walt Disney to be in the millions.
#4

ThunderCats Hired a Psychologist to Review Every Script

Think again if you thought that 80s cartoons were merely mindless entertainment or an excuse for the sale of action figures! Even if nothing else, the ThunderCats were there to instill morality in kids, with a psychologist on hand to ensure that this occurred. As a result, Dr. Robert Kuisis was hired to review all scripts and provide feedback regarding violence and morality in the cartoons. This took place in 1985, when overt marketing to children in cartoons was a major issue. Cartoons were often criticized for being too violent or lacking value for children who saw them, so cartoon producers attempted to position themselves as being valuable before a negative backlash could occur.
#5

Pepe Le Pew was dropped from the Looney Tunes roster in 2021 after nearly 70 years. There appears to be a problem with a cartoon whose sole gimmick is relentlessly pursuing a female who does not want to be near him, and then forcing himself on her once he catches her. Even before that, some people had wondered how a cartoon that appears to mercilessly mock the French endured for so long. What was the French reaction to this cartoon? It appears that few French citizens were aware of the problem. Pepe Le Pew was not French at all, but Italian. The actor Francois Tavares dubbed Pepe le Putois, which means polecat, for French audiences with an exaggerated Italian accent, which allowed the audience to laugh at stereotypes of a different culture and language. The purpose of this was not to offend the French. How could that be? It would not be offensive to hear a character speak with a French accent; it would be normal, but the joke would be ruined. Pepe needed a new accent in France, or else the joke would have been lost. They chose Italian because he was a seducer, which carries the same sexy stereotype.
#6

Casey Kasem was the original voice of America’s Top 40 as well as Scooby Doo’s Shaggy. In the 1960s, he began portraying Shaggy, and he even continued doing voice work into the 2010s just before his death. However, there was a period in which Kasem actually left the show Kasem refused to voice Shaggy between 1995 and 2002 after the characters were to appear in a Burger King commercial. Kasem, who is a vegan and a proponent of the lifestyle, is reported to have been upset that Hanna-Barbera, the studio behind the cartoon, refused to make Shaggy a vegan as well. Shaggy’s gimmick for years has been his voracious appetite and willingness to eat almost anything. Kasem not only refused the commercial, but he also left the show for seven years. It was only after producers agreed to make Shaggy a vegetarian that he returned to the show.
#7

A common phrase from the 1980s is “knowing is half the battle.” Made famous by GI Joe, this was how every 30-second PSA that was tacked onto an episode ended. What is the purpose of wasting 30 seconds of cartoon airtime on a PSA? Strategy. Like Transformers and He-Man, GI Joe was essentially a 30-minute action figure commercial. It was designed specifically to sell toys, and it used the thrill of blowing your enemies to pieces to accomplish this goal. A few PSAs were tacked on to give the show value. The makers of the show recognized that could be an issue in ways we addressed with ThunderCats, so as to disarm critics, they made it “educational.” This was more than just having a doctor on staff. Now the value of the show was clear. PSAs were developed under the supervision of a doctor from Harvard’s School of Education and Human Development, and they were vetted by the National Child Safety Council. There is some merit to arguing that this was in line with the general tenor of TV critics of the time, the same culture that led to the 1990s Children’s Television Act, which mandated that a portion of children’s programming be educational. It is possible that this very law was exploited shortly thereafter when channels applying for the renewal of their broadcast licenses listed GI Joe as educational programming.
#8 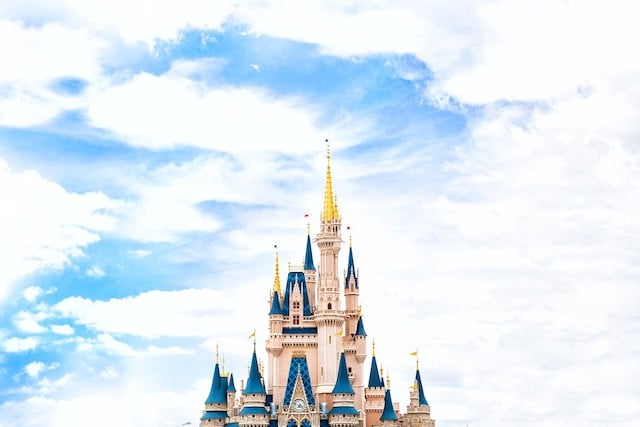 It is not uncommon for restaurants to tie in with movies – you can pretty much guarantee that any big summer release will have a fast food tie-in. They even sold bagged salads branded with Star Wars characters during the last three parts of the film series. The decision by Disney in 2007 to team up with Costco in order to promote Ratatouille was not an outlandish one. In this case, the problem with the partnership was what the two companies decided to do together. They produced Ratatouille wine. It was about a rat chef, so it was not crazy. However, it violated Wine Institute advertising standards, which had been in existence since 1949. In spite of having 500 cases of chardonnay on hand to be sold as cartoon rat wine, the entire advertising campaign was in violation of law. They prohibit any advertising that might be construed as being aimed at children, and there is no better way to appeal to children than by using a cartoon rat from a box office hit animated movie on an advertisement. In spite of the fact that the winery was French and not subject to those particular rules that only apply in California, the project had to be scrapped.
#9

Clone High Was Canceled Because of Protests in India

Clone High debuted in the early 2000s, first in Canada and then on MTV. In the cartoon, students are all clones of major historical figures attending a high school. Thus far, so normal. It was canceled shortly after massive demonstrations in India that resulted in 100 people, including members of the Indian government, going on hunger strikes. MTV apologized and informed the show’s creator that it would no longer be running the show. To be safe, they removed all mention of the show from their website. What could possibly cause such an uproar over a cartoon? More so in a country where the show was not even broadcast? Gandhi. Rather than portray Gandhi as the man he was in real life, the show’s creators opted to portray him as a drunken party animal who enjoys getting drunk and having sex. The news did not go over well in the country where he is revered as a national hero, as you might imagine.
#10

If you are familiar with classic cartoons, you are probably familiar with the character of Betty Boop. She was created in the 1930s, and resembled a flapper and spoke in a distinctive, high-pitched voice. Generally regarded as one of the earliest animated sex symbols, this character continues to endure nearly a century after its creation. Despite this, many people are unaware that the producers behind Boop were sued by actress Helen Kane for stealing her sound and appearance. Kane was famous for singing a song titled I Wanna Be Loved by You in 1928, which was later made more famous by Betty Boop. In fact, Boop’s creator, Max Fleischer, admitted that he modeled the character in part after Kane. Kane’s voice had that somewhat childlike quality, almost a baby-talking approach, while still being suggestive at the same time. Kane sued the studio in 1932 for stealing her look and sound, and, thus far, the case seems to be almost closed. However, you have not heard of Baby Esther. She was a singer before Helen Kane, who performed under the stage name Baby Esther. It appears that Kane had seen Jones perform in the late 1920s, before her own rise to fame. When she performed at the Cotton Club in Harlem, she managed to turn those childish “boop” and “doop” sounds into a seductive musical performance. Kane used footage of old Baby Esther acts in order to prove that she was not the original performer, as she claimed, and that she was simply suing for an act she had stolen. She lost the case. Sadly, Baby Esther disappeared by this time and was presumed dead, so she never had the opportunity to become the “real” face of Betty Boop.
10 Things Your Brain Does Without Telling You
10 Doctors Who Lost Their Licences for Practicing Terrible Medicine
Related Posts
0 268 0
June 24, 2022
0 154 0
June 24, 2022 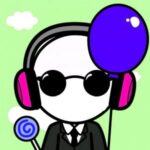 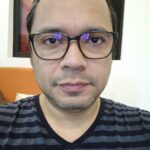 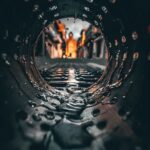 We have detected that you are using extensions to block ads. Please support us by disabling your ad blocker. 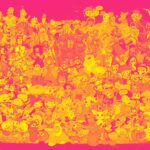